Nursing A Nottingham Stag Do Hangover

Drinking is borrowing happiness from tomorrow. This may be true for some, but it doesn’t mean your Nottingham stag do should hinder the ongoing celebrations.

You had a great stag night in Nottingham: Got up to some wild activities - maybe paintballing, maybe a murder mystery night. No matter what activities the groom is into, the one thing that’s going to be the common denominator of nearly any Nottingham stag do is drinking. Lots of it. In the moment that sounds grand. Everyone egging each other on, buying shots & necking pints until someone inevitably needs to have a tactical in the pub toilets. 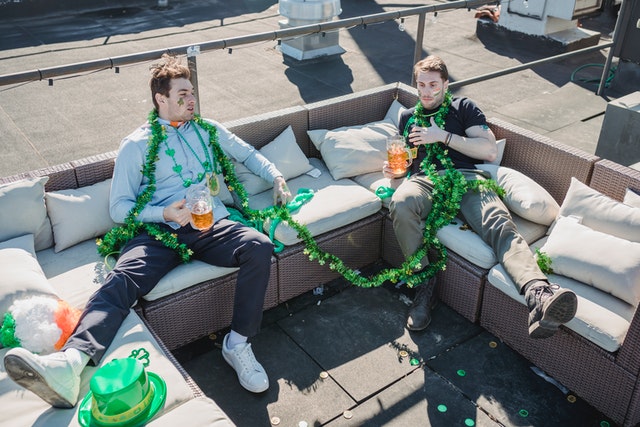 Then the next morning comes. The inside of your mouth is the same texture as the five o’clock shadow on your cheeks. The hostel room smells of testosterone, sweat and shame and you squint bleary eyed through the cold morning sunlight to figure out who made it to bed and who’s passed out fully clothed on the floor. We are sure there’s no need to go on. Most of us have more than enough first hand experience.

To help you conquer this hideous by-product of a well lubricated stag night in Nottingham, as well as keeping you focused on the groom’s good time rather than the morning after, we’ve prepared this article on our best tips for nursing your Nottingham stag do hangover. 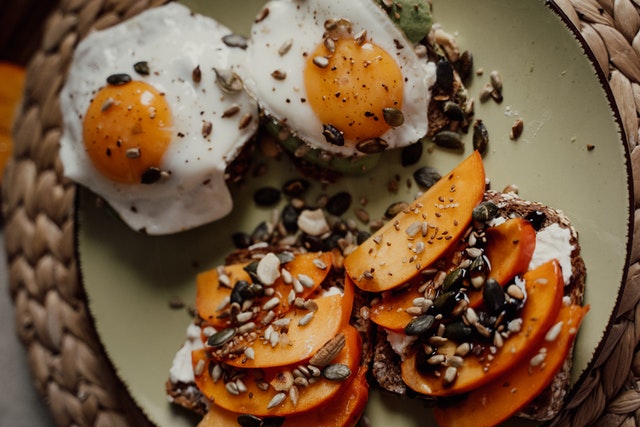 Tried and tested. A big breakfast has been considered a must-have after a stag do or a messy night out ever since man first began munching on over ripened fruit. However, that delicious, greasy fry-up may actually not be what your body needs to flush out the toxins from the auto-assassination attempt on your liver.

NBC’s guide on what you should eat if you have a hangover suggests you should be eating something much healthier like eggs with avocado on brown toast, oatmeal, or a smoothie. So, for those who’re serious about fixing the hole in their stomachs, here are our two favourite healthy breakfast spots:

The name even sounds fulsome. Here you’ll find a selection of smoothies, oatmeal bowls and omelettes. Everything you need to give your body a fighting chance. They even have something called a recovery smoothie to sort you right out.

This little delicatessen has a large variety of different breakfast foods to perk you up after a heavy Nottingham stag night. With a good range of choices and quality ingredients, this could be just the thing to perk you up. That’s all without mentioning that they serve breakfast until 12, which means you can sleep off the worst of the hangover back at the accommodation. 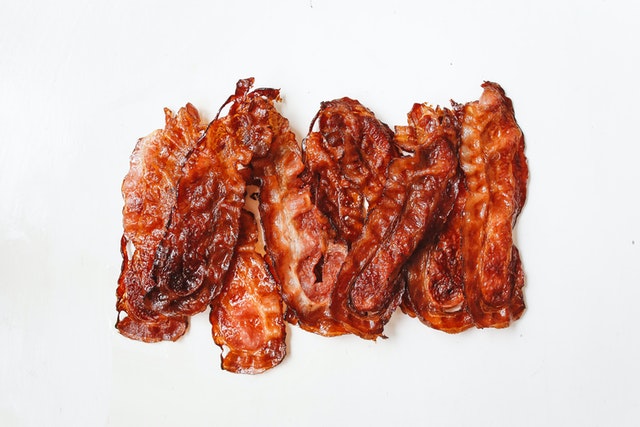 Now that the sensible people are satisfied, let’s dive into the bad choice that we all continue to make. Good for you or not, what you want after your Nottingham stag do is a big, meaty and somewhat hearty breakfast. Here’s where you’re going to get it.

Full breakfasts, brunch burgers and even american-style pancakes. This is the place to make the best worst decision you’ve ever made. Not only that, for a little extra, you can upgrade your meal to a prosecco brunch if you fancy going in for the hair of the dog as well.

Whether you’re a fan of having an omnipresent cheap option or disparage what the Wetherspoons chain has done to hollow out British pub culture, it’s hard to argue with it being the perfect breakfast option after a messy night out. Your whole Nottingham stag party can be seated easily, served far more food than is safe for them to consume for not very much money, and you can get a pint in for your trouble. Sorted.

The Best Offence Is A Good Defence - Preparing For Your Hangover

Perhaps that sounds a little over dramatic, but trust us, when you’re staring down at the last round of the night, slowly bubbling down the hostel shower drain the next morning, you’ll understand what’s at stake. At this stage, this is where any article that’s overly obsessed with physiology and not enough with personality will say that the best way to prevent a hangover is not to drink too much. We mean, they’re not wrong. The same way they’d be right in saying the best way to avoid choking is not to eat. 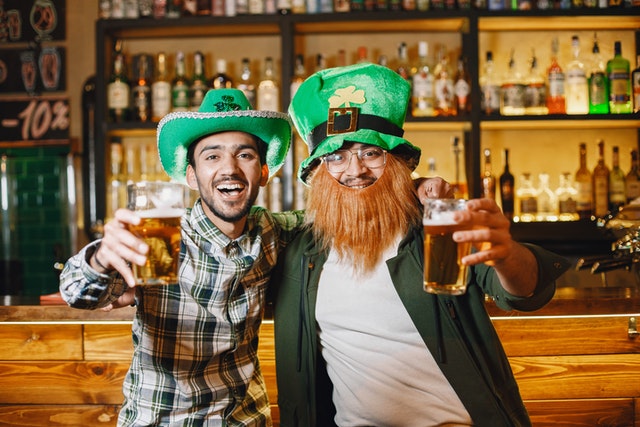 Since it’s unlikely that anyone who clicked on this article is going to be following either of those pieces of advice, we’ve prepared some actually worthwhile tips you can try to ease the pain of the following morning without jeopardising your Nottingham stag do fun.

Have A Good Meal Before Drinking

All too often boys on a Nottingham stag night will forgo the evening meal to keep the festivities going, but this can be a recipe for disaster. Taking your liver out for a heavy night on the town without giving it a proper food bulwark is asking for the worst hangover of your life. A proper meal beforehand can slow your body’s absorption of alcohol, not only insulating you from the worst of the hangover but making it less likely you’ll be put out of commission early.

Foods high in carbohydrates and protein are an ideal choice if you’re trying to give your stomach a lead lining, as are fruits and veggies high in vitamins and minerals. Healthline has a great article on the 15 best foods to eat before drinking alcohol to help you along.

Make Every Other Drink A Pint Of Water

Dehydration is one of the worst-feeling effects of a hangover, and also the most preventable. Alcohol is a diuretic, which means that there’s actual science behind your mate’s muttering about “breaking the seal” before scuttling off for his fourth bathroom trip inside of half an hour.

The age old trick of making every other drink you order a water can help a lot with this. This will make sure you’re getting more than enough water throughout the evening, and will also slow down your alcohol intake to further protect you from the worst hangover effects. 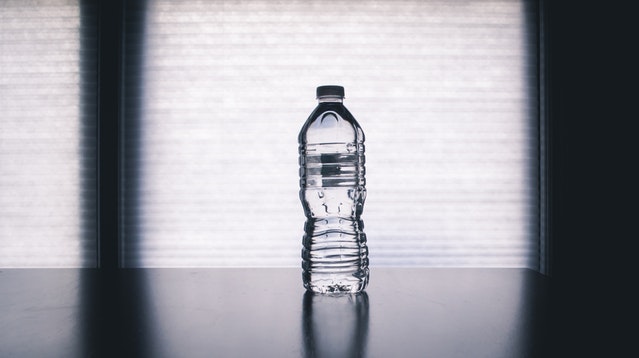 That said, if the thought of ‘slowing down’ your alcohol intake on a Nottingham stag do has you wincing, there is a better option that’ll keep you hydrated without falling behind on the beers. Double parking. Just get a pint of water with every drink. It’ll save you from navigating the queue around the bar nearly as often and will make sure you’ve got ready access to water at all times.

Granted, you’ll probably be hitting the toilets more times than the groom was warned to keep away from lap dancing bars by his fiancé, but you can’t have everything now can you?

Yes, we’re getting scientific again, but if you want to avoid spending your morning moaning in bed, you might want to pay attention. Congeners are minor compounds other than ethanol that naturally occur in alcoholic drinks as part of the distillation & fermentation process. Put simply, they’re chemicals floating around in your drink other than the one that gets you drunk. Interestingly, research on congeners found that they do have surprising toxicity despite their low volume, with congeners like methanol being strongly associated with hangover symptoms.

Dark spirits such as whiskey, tequila gold, cognac and rum are particularly high in congeners, and could therefore promise the worst effects. That sophisticated whiskey toast that your mate suggests part way through the stag night could be what puts you into a temporary grave the next morning. By contrast, clear spirits must lower levels of congeners, with vodka containing almost not at all.

So, for those who decided to skip the science anyway, make vodka cranberry the drink of choice at the club rather than whiskey coke and you might have a better time.

Hair Of The Dog

Ah yes, “hair of the dog that bit you”. We can truly think of nothing better after being bitten by a rabid dog than diving straight back into its loving embrace. However, this is a tried and true method that many people will swear by, and strangely enough there is some research to back it up.

After drinking alcohol, your body breaks down the congener methanol into formaldehyde during your hangover, a highly toxic substance that may well contribute to many of the ill effects. Drinking a little more the next morning can inhibit this process, causing the methanol to be discharged without being broken down. 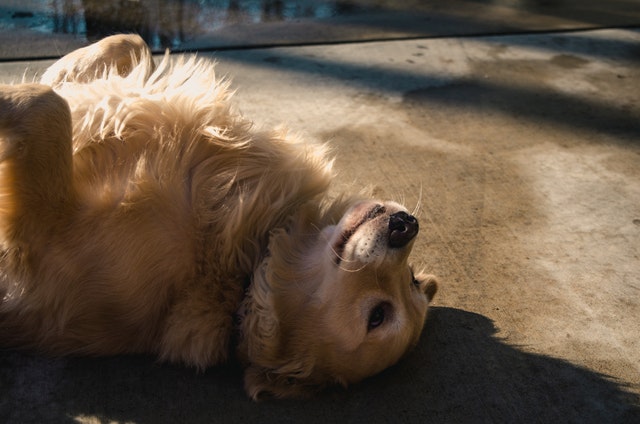 However, this is far from conclusive, and the reported improvements could easily be from the alcohol taking the edge off in its usual way before the hangover comes crashing back in like the rising tide. Either way, if you’re truly suffering, a pint of Guinness or a Bloody Mary could offer some reprieve.

Hangover Survival Packing: What You’ll Need After The Nottingham Stag Do

We all have a tendency to get a bit lazy with the packing when we’re only going away for a weekend. There’s a sense that, as long as you’ve got your phone, wallet and keys, there’s nothing much that can go wrong. However, there are a handful of essentials we’d recommend making sure are in your bag to help you with the big hangover from your stag do in Nottingham. These are:

Take In Some Nottingham Attractions

Sometimes the best way to deal with a problem is to not deal with it at all. It’s to try and forget about it entirely. If you’ve got time to hang around after your Nottingham stag night it could be a great idea to take in some attractions to keep your mind occupied while you sober up. Our top three recommendations are:

Getting out and about in nature with some fresh air to fill your lungs could be exactly what you need to clean your body and soul after a messy night. Opened by David Attenborough himself in 1966, the Attenborough nature reserve has 220 hectares to explore and even offers free entry (£3 for all day parking). So why not take in some nature with a stroll through this nature reserve after your Nottingham stag do?

This stunning middle age-era castle has long been a popular tourist destination in Nottingham and it’s not difficult to see why. Standing since 1067, Nottingham castle has been home to a huge number of historical events including the final showdown of Robin Hood, or so the legend goes.

Something few outside visitors will have heard of are the extensive network of underground caves that lies beneath the city streets. The Nottingham Caves are a great place to experience some nature, history, and keep out of that blasted sunshine.

Alright, the fun persona is gone and now it’s time to take on the stern parent role. Don’t drive the morning after your Nottingham stag do until you’re fully sober.  Stay safe, and make sure you’re totally ok to drive before heading out on the road. It should go without saying that hair of the dog is also a big no-no if you’re driving. 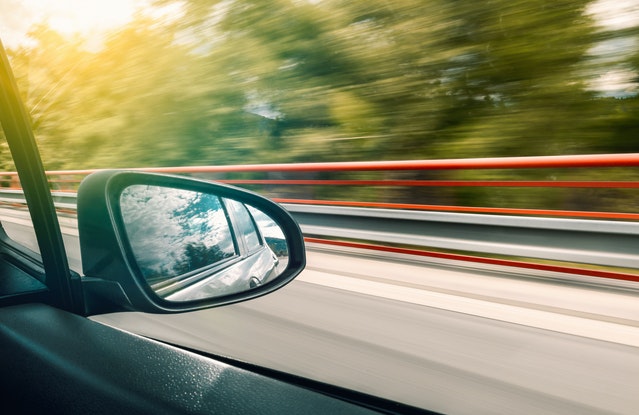 To rid yourself of this stress completely, why not take public transport to and from Nottingham? The walk to the train station can be just to freshen you up in the morning and having a kip against the window is an awful lot more preferable than being stuck in traffic.

If this article of ways to prevent the horrors of a hangover has only emboldened your excitement for a Nottingham stag do rather than put you off, then head over to our website to see the full list of our 52 great Nottingham stag do ideas that are certain to offer you and your friends a fantastic night out.

To get in touch with the Essential Adventure team directly, contact us at [email protected] or call us on 01752 418038. We’re always happy to discuss any of our activities or packages or give advice as needed on accommodation or places to eat in Nottingham. We hope you hear from you soon and no matter what you end up doing, have an amazing stag do!