The Essential Stag Do Checklist

A good stag do is dependant on someone who can hold their own with organisation and who will be a great stag do planner.  Saying that, someone in our office was pleasantly surprised when his best man organised an awesome stag do and is well-renowned for being thoroughly unorganised. He obviously had help, so that's why we're writing this. Even if you suck at planning stuff and couldn't organise the proverbial 'pi**-up in a brewery', this stag do checklist is designed to help you plan every step of the process with thought and prove to everyone that you've got this!

Who Do I Invite to the Stag Do?

The first thing to think about is the guest list. Who makes the cut should ultimately be up to the stag, as the weekend is his. Whether his wife-to-be adds her relatives in to the mix or not is a different matter, but whoever is in, it should generally be people who the stag wants to spend the weekend with.

Friends and family are usually invited on one big stag do, but this will depend on what you're planning. If it's a truly messy weekend of drinking, strip clubs and more drinking that you're thinking of doing, the stag's 'timid uncle Pete' might not want to be a part of it. Of course, if the stag would really like everyone there, no matter their disposition, the activities will need to be chosen to suit everyone. There could be activities that some people choose not to take part in though, so you might not have to pussyfoot around everyone.

The people who really want to be there will generally make the effort. 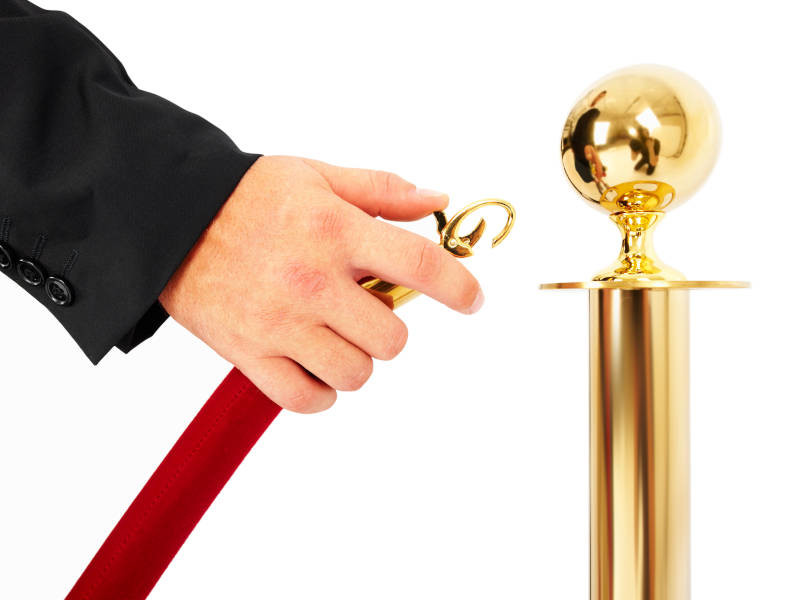 ~ If your name's not on the list, you're not going to have a great time with everyone else ~

A great stag do planner will make sure that everyone is as included with everything stag do related and the easiest way to do that is to set up a social media group message. From iPhone group messaging to platforms like Facebook messenger and WhatsApp, no matter what you decide to use, it's a great way to get everyone involved in the stag do planning process. You don't have to think of everything by yourself as you'll more than likely forget something... you're only human after all.

Group messaging with at least the majority of the group is the best way to make the best laid stag do plans.

Start off with the core people (stag and best man/men) initially, then make sure to remove the stag as more people are added, or just start a new message, separate from the stag if you want to keep everything else a secret.

When should the stag do be?

Choosing a date can be a sticking point. The best way to make sure that everyone has the greatest chance of attending is to arrange the stag do well in advance of when you're looking to go. A good stag do planner will get the ball rolling at least 6 months before the weekend. The later you leave organising a stag weekend, the less likely you are to have i) everyone available ii) your choice of activities/times iii) the cheapest accommodation rates.

Choosing the best stag do destination is another critical decision and there are lots of factors to consider.

1) Where everyone lives: this can be a big factor as you'll want everyone to be able to make it with minimal fuss.

2) How far everyone is willing to travel: some of the group may be happy to travel the length of the UK whereas others may want to keep it relatively local.

3) If there are any places which mean something to the stag: maybe the stag has a town or city where he's experienced a major life event. For example, if he went to uni and a lot of the group met him there, this may be a good option for the stag do.

4) You have a set idea of what you want to do: certain activities are only available in a few places across the UK, so this could determine the stag do destination.

All of these points depend on each individual, but this is one of the first things you should all have a chat about. It will probably end with some kind of compromise as you can't please everyone all of the time. Ultimately, the stag has to be happy with the stag do destination

How much does a stag do cost?

Within any stag group, there is likely to be a mix of financial situations. Being an adult can suck sometimes and even though you get more pocket money than you used to, not all of it is yours to keep. It's important to check with everyone as to the most that they can afford to spend for a stag do weekend. The stag may have some wealthy mates, but unless they're willing to cover everything, those who aren't off to Dubai once a week will require a cap on how much the weekend costs. A stag do costs an average of £118 per person (relevant at time of writing in 2019) and an average stag do will consist of accommodation and one or two activities over one or two days. If you're on a real budget, take a look at our articles on how to plan a stag do in Bristol, Bournemouth and Nottingham to get some inspiration. 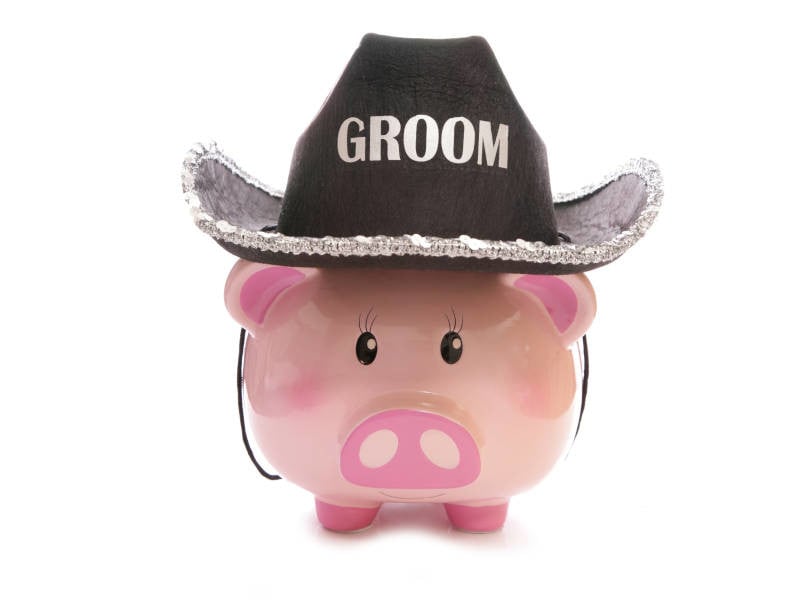 ~ It's up to you to decide a fair budget for everyone ~

The Best Stag Do Activities

Activities often form the best, most memorable parts of a stag do, so choosing this is arguably the most important decision for the stag do planner to make. Obviously, if everyone is involved in the process, you should be able to decide on activities that everyone is happy to do.

You may already have an idea about what you'd all like to do, but take a look below at some simple stag do ideas for some inspiration:

Canoeing and Bushcraft Trip - An awesome 24 hour trip in the wild, which you can read more about by clicking here. Great for 'outdoorsy' groups and those looking to get away from it all.

Zorb Football - Run around in big bubbles and cause carnage. Great even if you don't like football, it's more about destroying the other people in the group.

Paintball - Shoot each other with rapid paint. Extremely popular.

Off Road Buggies - Experience muddy or dusty off road power in various types of event.

Assault Rifle Shooting - Get your hands on genuine assault rifles and let loose on different targets.

Brewery Tour - Have a look around and sample some on-site brews, maybe have a bite to eat there too. What's not to like?

Life Drawing - Look at a naked lady for an hour without dim lights or extortionately expensive drinks.

There's plenty to think about when it comes to where to stay for the stag do. In any stag do destination there are loads of hotels and private houses/apartments and one of them will suit your group really well. One of the easiest options is to stay in a hotel and have breakfast included, as you won't have to think too much about where to get breakfast, you may just have to get up earlier than in privately hired accommodation.

As well as the points above, there are various pros and cons to every accommodation type, so it's something to figure out with the group. Ultimately, you'll have to work out how willing everyone is to sort out there own food (even as a whole group) and what you want to pay for having certain things already included.

It's something of a tradition for the stag and the stag do group to get dressed up in fancy dress or costumes. From simple (but possibly horrendously rude) t-shirts, through super-heroes, all the way to full-on bondage gear and adds something extra and memorable to the stag do weekend. You can be as creative as you like with this one. The only couple of things you'll need to consider are 1) don't choose anything offensive if you're going to be out in public (especially in the daytime, but bouncers also may take a dim view if it's too rude). 2) Consider the activities you're doing when choosing the 'dress-code'. If the costume is going to get caught in moving parts or not provide enough protection, you may not be allowed to do the great activities you've paid for. As the stag do planner, think about what the stag would be embarrassed by and try to aim for that, but aim between embarrassment and complete and utter humiliation... you don't want him to hate the weekend (or you). 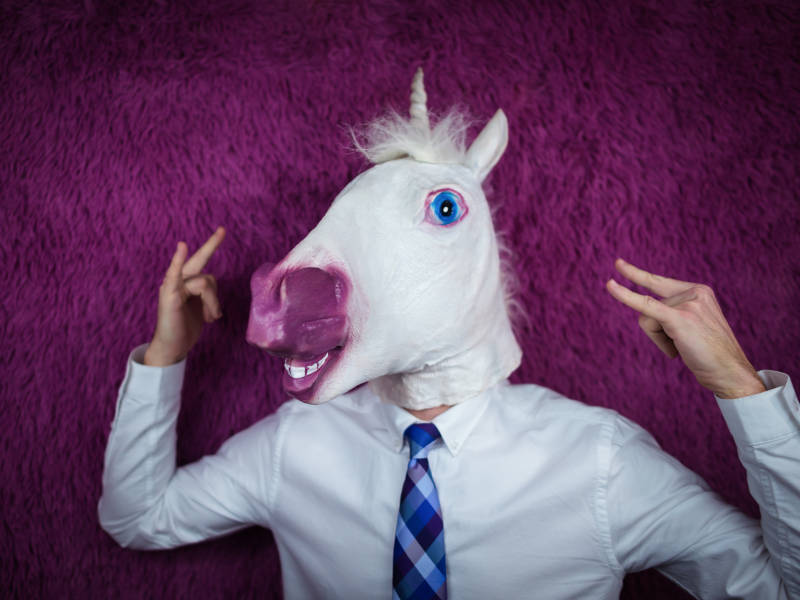 ~ Unicorn-na have a great time on the stag do ~

The only other tip that we can give you is to use our amazing services. We will help you from beginning to end and you will have use of the following fantastic services, as part of the price of your stag do.

i) We will talk through all of your initial ideas and make as many quotes as you need.

ii) Once the majority of the group are happy we'll get everything booked for you, with a single £50 booking deposit.

iii) We'll set everyone up with an individual payment account, so you won't have to collect money from anyone.

iiii) We'll provide a detailed itinerary with all the information you'll need for the weekend.

So go on and give us a quick call and we'll help you to organise a truly awesome stag do.

A Summary For A Stag Do Planner

A stag do checklist is a great tool to have if you've been designated the stag do planner, here are our top tips: